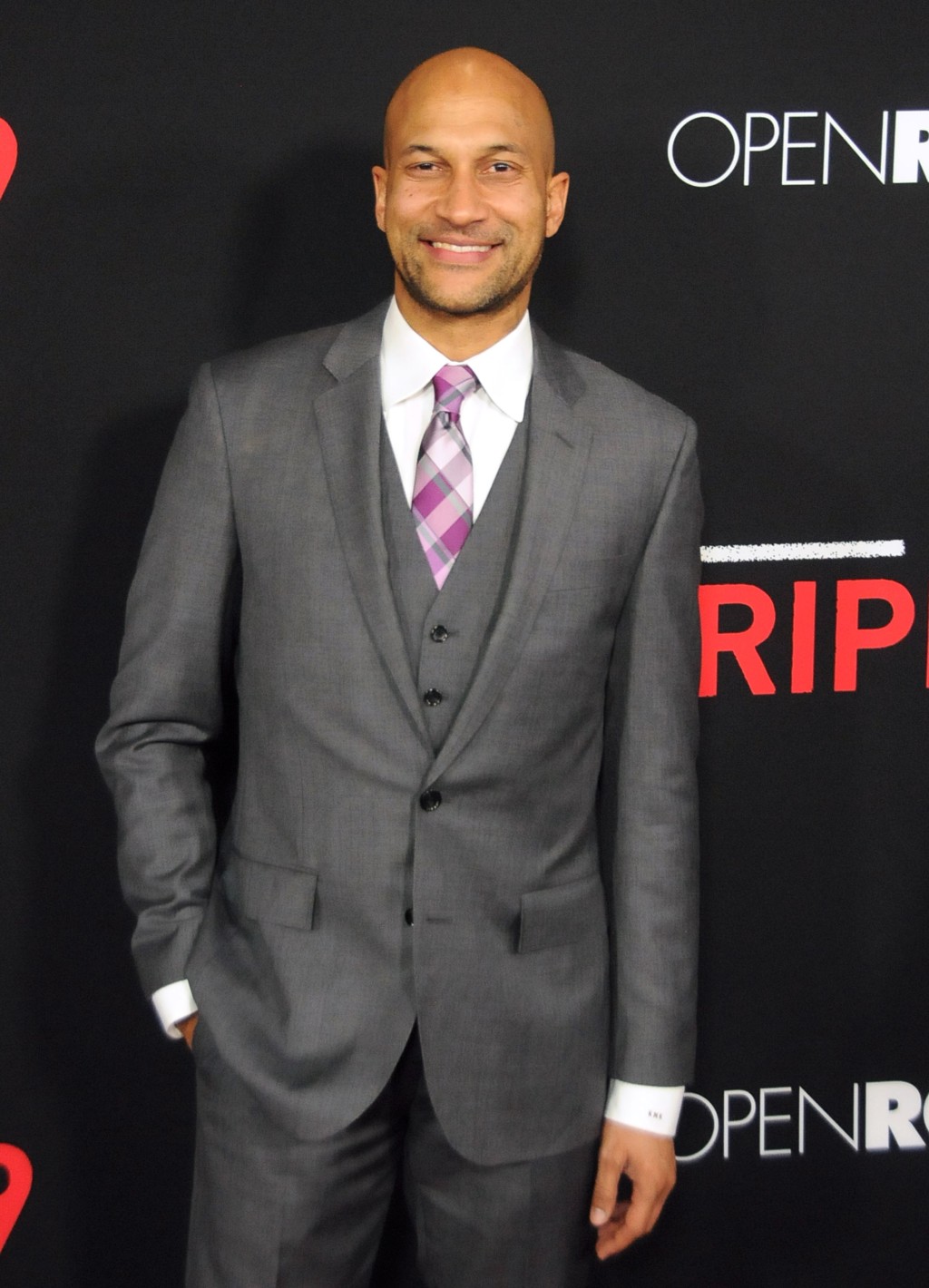 One of the fundamentals of good acting is the ability to be in the moment.  When you’re truly present, you can be surprised, follow your impulses, and listen with intent.  Keegan-Michael Key is a true master of these skills. No matter if he’s improvising a comedic scene or reciting Shakespearean verse, Key makes revelatory and clear choices.  Actors of his caliber often have difficulty explaining how they capture the magic.  But not Key.  He has an uncanny ability to articulate how his performances connect to what he learned while training.  Since Key & Peele, Key’s been charting new territory in his career.  Key graced the New York stage this summer as Horatio in Hamlet. His Netflix show, Friends from College, was picked up for a second season and met with critical acclaim. This fall, he’ll make his Broadway debut in Steve Martin’s Meteor Shower opposite Amy Schumer, Laura Benanti, and Jeremy Shamos.  Moment to moment, job to job, Keegan-Michael Key stays on his toes. So we can expect the unexpected, excited not knowing where he—and his characters—will go.

When did you catch the acting bug?

Probably when I was about 10 and I used to watch The Muppet Show. I thought, “Gosh, if I was a Muppet that would be something fun to do!” [Key laughs] I think I was probably about 10 or 12. I didn’t act. I was painfully shy, so I didn’t act. I don’t think I acted until I was in high school. So I think when I caught the bug officially I was 16 and played Jesus in Godspell.

Did anyone or anything inspire you to pursue a career in theater?

My parents. My parents just saying, “You can do whatever you want and we’ll help you in that endeavor.” That was inspiring in a very peripheral way. I didn’t have any mentors until I actually started acting. So I would say my parents, first and foremost. Most definitely.

That’s wonderful and rare for someone who wants to go into the arts.

You studied acting undergrad and in grad school. How did those years of training help set you up for success?

Yeah I got my degree—both degrees—in theater. I remember at one time in my life, a friend of mine thought I could make it in soaps and recommended I meet with an agent. My mother and I had a nice discussion about it. She said, “I really think you should get an education.” It was probably the best decision. Some people are destined for school and enjoy school and that’s the best way to administer information to them. Other people it’s easy for them in the school of life—a “do it yourself” kind of way. I’m defiantly an academic and am an academically minded person, so that was the best decision for me to make.

Were there any techniques that really resonated with you in either program?

I think during the graduate school days [at Penn State] there was a technique that we used called Look, Step, Reach, Grab. I thought that was an interesting technique. It was all about making your movements very precise. You’d look towards the object, reach for the object, grab the object. Even though I don’t do the exercise—I’m not thinking about the exercise—I still do things similar to that today. I try to use an economy of movements when I’m performing so that I’m focusing only on what’s happening in the moment so there’s not any extraneous movement that’s taking place. You don’t wash out what’s happening vocally. I think there has to be integration between the physical and the verbal.

That’s so related to improv and object work.

Yes, very much so.

Did your training at Second City help your dramatic work subsequently?

My training at Second City has been invaluable in the dramatic work. Since at Second City you’re doing instant playwriting, since you’re building the scene as you go, you must pay attention to every single clue you’re getting from your scene partner physically or verbally. The only difference between doing that and doing dramatic work is that you’re paying attention to every single moment with an already prepared script. That’s okay because you’re still being truthful in the moment. So every night, if the other actor changes something slight in ever so minuscule a way, you’re still reacting to what’s there in that moment. You’re using the words as a tool.

Really what I try to do everyday is manufacture a performance that’s as real and revelatory as if I were improvising. It’s exactly the same thing minus one step. With drama or comedy in a play all you have to do is learn the lines and still react to every breath, every blink, every shoulder shrug, every throat-clear your partner makes. Because that skill was instilled in me, I’ve been able to make my life onstage very alive. I take the sensations I felt all those years improvising and transpose them onto the scripted work.

Initially after Key & Peele, you said that in order to pick a project, you had to cry when you first read the script. Is that still the case?

I think one part of the journey is, “Does the DNA of this project allow me to say something that would help other people?” The piece has to have a component of, “How will this help another person? What in this piece thematically will resonate with an audience member whether they’re sitting in a theater or watching TV or in the cinema?” That’s very important to me. The other thing [I ask] is, “Am I in a position to go through a plethora of emotions in the piece or not. Like in [The Public Theater’s] production of Hamlet, one focus of the production was humor. The director [Sam Gold] believes that the key to a good, vibrant Hamlet is a Hamlet that has a lot of humor in it. There was a lot of humor and tears in this Hamlet, which is why I wanted to do it. The film Why Him? I did last year allowed me to do a lot of physical action stuff and also be funny. Anytime I get to run some sort of gamete—even if it’s limited—then I’m more than happy to explore that project further.

I would say for me the biggest piece of advice would be to make yourself available psychically, emotionally, physically, intellectually. Make yourself available to be part of a group, part of a network. You should build a network with people who you trust, people who you feel comfortable working with. More often than not that’s how you move forward in your career. You get by with a little help from your friends. That’s how I’ve always done things in my life. You have to have a checklist of what a good, quality human is and see how many people match the requirements of your checklist. Surround yourself with them. Have you heard this phrase? “You are the sum of the five people you spend the most time with.” If you spend your time with proactive, positive, excited, inspired people, you will be a proactive, positive, excited, inspired person. I would say, find a group and make art with that group. Now, some people aren’t designed that way. Some people were born to be in this world and be stand-up comics. They’re self-contained and they work really well alone. So figure out if you’re a solo kind of person or a collaborative kind of person. Once you do that, I think really the world is your oyster. Build a network of people you can trust and move forward with that group of people. You can sit down and have a list of your own goals. But that group of people should sit down and have group goals. You have to make a map and know where you’re going first. The way that you get there can be as circuitous as the day is long. As long you have your eye on something, the team can get there and you can get there. The more people you have in your corner, the more enjoyable the journey will be.♦

Get tickets to see Keegan-Michael Key in his Broadway debut this fall in Meteor Shower!