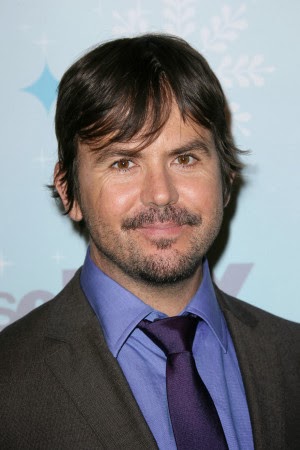 In the dog-eat-dog world of Hollywood, Jason Gann has become an alpha in comedy. An Australian native, he is now one of TV’s favorites playing the title role in his original series Wilfred. Wilfred centers around Gann’s character, Wilfred, an anthropomorphic dog who is best friends with his neighbor, Ryan (Elijah Wood). Critics and fans alike have raved about this spectacular dark-comedy. The show’s fourth and final season will premiere on FXX later this year. In the interview below, Jason discusses the education and inspirations that led him to the position of comedy’s top dog.

JG: When I was in high school. I went to an all boys’ school in Australia and they taught us drama when I was 14. I just took the class to get out of science and math. I did a musical called Paint Your Wagon and I actually played a girl in it. When I went on stage and spoke the first line I remember that [the audience] was all laughing. Then they laughed for the next line and the next line. When I got off stage I was devastated because I thought they were laughing at me. But everyone was like, “No it’s great, it’s comedy!” So, I was like, “Okay.”

After the show I realized that I had some skills in comedy and went from there.

Did anyone or anything inspire you to pursue a life as an actor?

Yeah, you know, actually, when I was in 11th grade I saw a production of The Rocky Horror Picture Show. There was this guy in the show—whose name was Russell Crowe—he played dual roles of Eddie and Dr. Scott. As this young boy, I was just so blown away by this guy. I remember going back to school and saying, “There’s this [actor] Russell Crowe and he is SO great!” It made me think of what I wanted to do and it really inspired me to become an actor.

Then, if you jump ahead 15 years, I won an award in Sydney, Australia. Russell Crowe actually awarded me the award, he chose me. I spoke to him later and told him that he was a major inspiration of mine.

I know! I had forgotten all about it and it’s pretty crazy. It was really cool. I still have the program [from the award show].

You received a BA in Acting from the University of Southern Queensland. What training did the school provide to help set you up for a successful career?

…[When I was looking for a university] I was so impressed by the professional standards of the shows at [the University of Southern Queensland] that I knew that if I spent two years there I would leave a good actor…It gave me the training to go forward. I still have some of the black and white photos from the shows I did there, framed up on my wall. I do it to remind me where I came from and inspire me…

Your career really picked up while you were in Australia. What do you think is the difference between trying to break into the entertainment business there vs the US?

Well, you know, what I love about Hollywood and “the business” in America is that it is a real business. In countries like Australia, if you get a TV show up on air or a film made, tens-of-thousands of dollars are government invested. [In Australia] the grand product is rarely about what is the best; it is about what will repay these government sponsors. I came to America because I felt like it was the best of the best; I came because I wanted to make the best TV in the world…In America, [acting] is a noble career that people respect.

You wrote and starred in a sketch comedy show called The Wedge. How has that experience of constantly coming up with characters and stories helped you with running Wilfred?

It’s funny, you know, I’d always wanted to do a sketch comedy show and by the time the opportunity came along, I had kind of moved on from that. It was really good going back and doing it. That is really where I developed my skills as a general writer. You create these characters—sometimes they are really great characters and then they’re gone. There was this one character I did, sports star Mark Wary, when I got my own TV show, Mark Loves Sharon, back in Australia, because the character was so successful.

Wilfred did start out as a sketch, a short film. I wanted it to be a regular sketch, on a sketch show, to help develop the character…

Well, a lot of people start out wanting to be actors and as your career goes along you realize you want to do something else. So, even if you want to do acting now, develop other skills. Don’t just go and audition for roles. You have to start making and producing your own things. Take chances and wear a bunch of different hats. Do directing and producing. Start building up skills for the whole industry…Being versatile makes you a better actor and will help you when you’re trying to be an actor. ♦