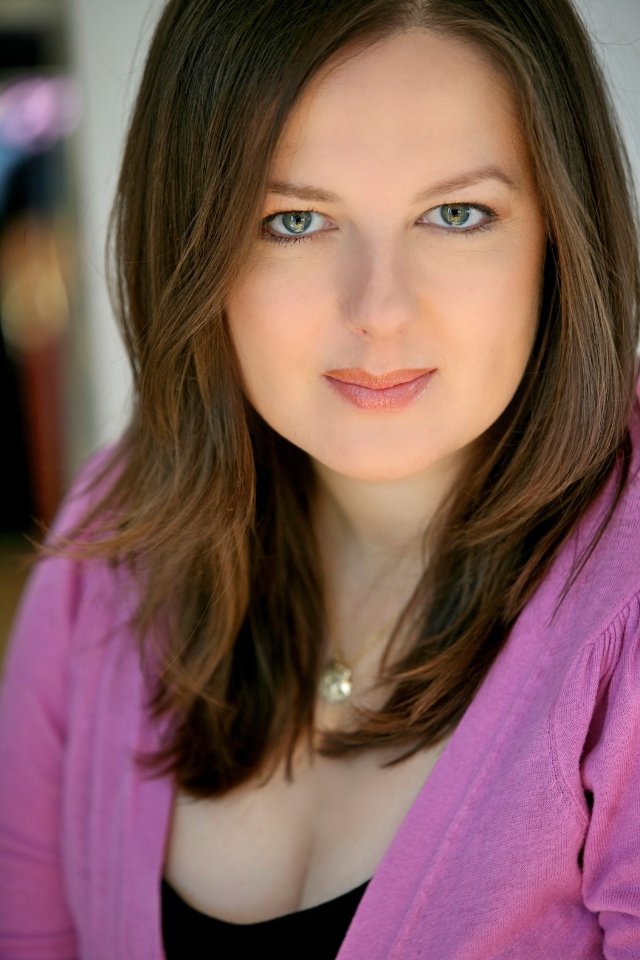 Master Chat here, your one and only source to check out an interview with the super talented Zuzanna Szadkowski, who played the beloved Dorota on Gossip Girl. Here she talks about everything from how she got her start as an actress to landing the role of Miss. Blair’s trusted sidekick. I know you’ll love her interview! Xoxo, Master Chat… (Did you really think I wasn’t going to do a Gossip Girl inspired intro?)

MC: When did you realize you wanted to be an actress?

ZS: I started acting in middle school, and I instantly fell in love. There was no turning back once I got on stage for the first time. It was Kiss Me Kate.

You received your BA from Barnard and your MFA from Institute for Advanced Theater Training at Harvard. Can you describe how those programs helped set you up for a successful career?

My undergraduate experience taught me a great deal about theater history and world theater traditions. Barnard has a very interesting, well-rounded theater major. It wasn’t until my graduate studies at the A.R.T. Institute that I actually trained as an actor and learned about the business. Because of the combination of the two programs, I feel confident about my work and I also very deeply appreciate the potential that acting, theater, and film have to change an audience.

Did you have any odd jobs while trying to break into “the biz?”

I worked for years in a Hedge Fund as an assistant on the trading desk. I have also worked in the service industry.

One of your first TV roles was a guesting spot on The Sopranos. Was it really nerve wracking to work on such a popular show just starting out?

That was a tremendous opportunity. The whole cast treated me with kindness and respect, and I felt very good on set and could carefully observe the making of a brilliant show. I was on set for a good number of days and basically learned a million things. No amount of actor training prepares you for the actual ins and outs of working on camera. I am crazy about Edie Falco, and it was a thrill to be in a scene with her.

In 2007 you joined the cast of Gossip Girl! What was the audition process like for the show?

In the first episode Dorota didn’t have any lines so I just met the casting directors and then improvised for the creative team. The director Mark Piznarski let me go on and on.

Did the cast all know who Gossip Girl was from the very beginning?

No. I only found out as we were shooting those scenes.

Was it difficult to act while speaking in an accent?

I was born in Poland and that accent is pretty accessible for me. I would say it was really fun and not difficult.

What was your favorite Dorota moment?

I have so many. I loved when Dorota would go undercover on a mission in a trench coat and sunglasses. It happened several times and that was my favorite thing to play.

The audience had a love-hate relationship with a lot of the characters on Gossip Girl, but everyone who watched LOVED Dorota! Do you think the positive reactions you got for the character helped your work?

I so much appreciate the fan love. It was a thrill for me that our viewers loved Dorota. I think Dorota was the ultimate cheerleader for Miss. Blair. The fans loved Blair so much that I felt like, as Dorota, I was often representing their interests.

Did shooting on location in NYC help your acting?

The Upper East Side has a very definite ambience and working on the streets up there did make our world seem very real. I loved working on location because I got to feel the excitement of the fans that would gather to watch.

You starred in Love, Loss, and What I Wore Off-Broadway a few years ago. What’s it like to jump from TV to the stage? Would you like to do more theater?

I was trained in theater and absolutely love it. My favorite days were working on set at Gossip Girl and then performing onstage in the same evening. The exchange with the live audience is the feeling that I’ve built my whole life around.
Something cool that you did was teach acting classes at the Sam Weisman Studio in NYC. What did you enjoy about teaching?

We haven’t taught any classes in a couple of years. I hope to do more of it in the future. Working with other actors is really fun and it helps make me better.

Are you currently working on any films or TV shows?

I made two films, which will be coming out soon, one is called Butterflies of Bill Baker and the other is Growing Up and Other Lies.

If you had the opportunity to join any TV show, what would you want it to be?

Do you have a list of three people you would love to work with?

You have to be willing to stick it out. ♦