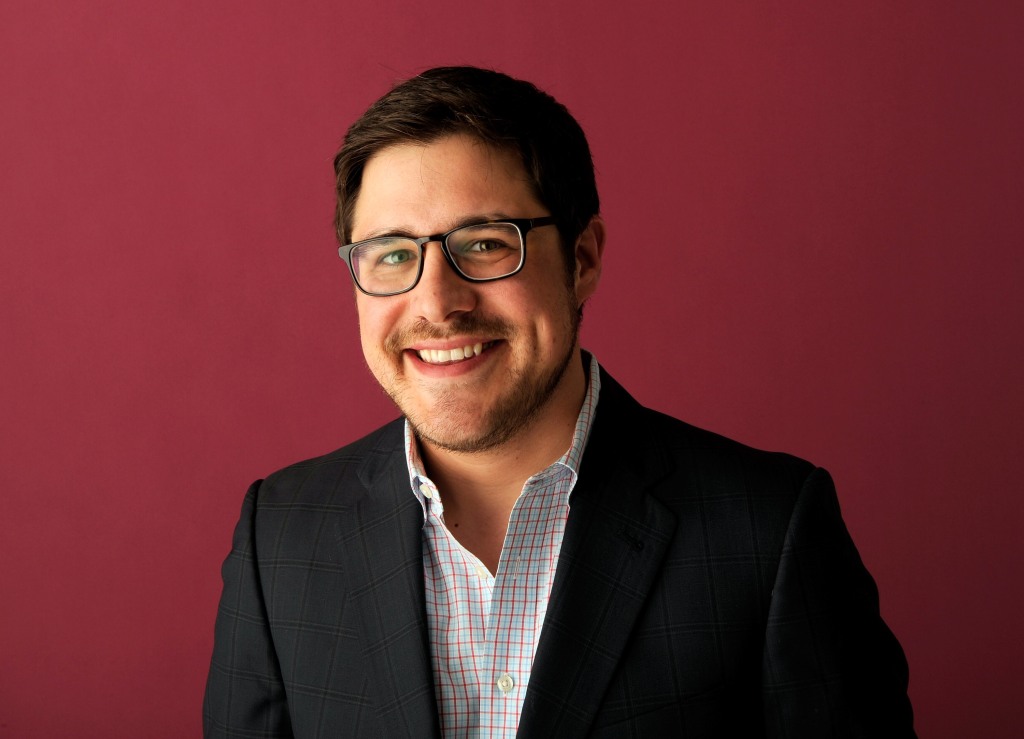 Since he broke into the biz, Rich Sommer has been showing TV, film, and theater audiences across the country his mad talent. From comedy to drama, Rich has earned the respect of Hollywood’s big wigs in the exact opposite way his Mad Men character, Harry Crane, did to earn the respect of the Sterling Cooper ad agency execs…that is, by not being a douchebag! So, there may only be one episode of Mad Men left this season, but you’re in luck because Rich has brought his mad talent to the NYC stage in The Unavoidable Disappearance of Tom Durnin, which you can see until August 25th.

RS: I had done several plays at my school and in church, but I don’t think I knew it was what I might want to pursue until I was in 11th grade or so.

​Was there someone or something that influenced your decision to become an actor?

Mainly just figuring out that it was something I was willing to work at. I was a terrible student, but I loved working on lines and getting ready for a show. I was essentially forced into it by my personality.

​Was your family supportive when you decided to pursue a career in acting?

It was tough at first, I think. No one really wants to hear their kid say, “I’m choosing to do something with my life that I’m pretty much statistically required to fail at.” But, they became incredibly supportive very quickly. Once they saw my dedication, and my adamancy to do it, they were sort of out of options.

​You have your BA’s in Theatre Arts from Concordia College and an MFA in acting from Case Western Reserve University. Can you talk a bit about what you learned and your experiences at the two schools?

Well, Concordia is a place that offers a billion chances to get on stage. That was the main thing I got there. I got comfortable in front of people. Case Western is where I received my actual training. I had ease on stage, but no idea how to create a character– CWRU provided that.

​What were the most valuable things the Brave New Workshop and the Upright Citizens Brigade taught you?

Mainly being able to roll with whatever is happening. The ability to not freak out if something goes awry. In fact, the ability to capitalize on those moments, and to celebrate them. That’s as far as how I use that training in scripted work. They also gave me crazy good tools to use in auditions.

​Did you have any odd jobs while trying to break into the biz.

I had bunches. I was an office temp, I sold tickets in a box office, I worked at a photo center, and I worked in a radio station. There were others, but those were the biggies.

One of your first jobs was playing Doug in the Oscar nominated The Devil Wears Prada. What do you remember about the audition process for the movie? Because of its success, do you think the film helped launch your career?

It definitely helped get my career moving. We shot it in October of 2005, and my first pilot season came right on the heels of that. And that’s when Mad Men happened. The audition was pretty straightforward– I shot it on video, since I was in Minnesota getting ready to get married. They called me back, so my mom bought me a round trip ticket to NYC, and they told me at the callback that I had the part. It was bonkers.

In 2007 Mad Men premiered on AMC. How did the job come about?

One of the people assisting in the casting office of Prada had switched offices, and brought up my name when her new office was looking for young men for Mad Men. I auditioned, did the callback, and got a part. It was the only pilot I was called back for that year.

Did you do a lot of research when you got the part of Harry Crane? If so, do you still do research before every new season?

Not a lot, no. I read part of a book called The Mirror Makers, as I recall. Any further research was mainly anecdotal.

Harry has become progressively “big-headed” through the series. In an interview, once, you even called him a douchebag. Have you ever read a script and felt, Oh come on, Harry! Why would you do that?

Oh, I don’t often question why Harry does what he does. If the writers tell me he would do something, then he would do that. They get to choose. But I shake my head at him plenty, sure.

What has been the most difficult part about acting in a period piece?

Haircuts. It has been a long time since I was allowed to have my haircut the way I’d like to.

You made your Broadway debut in Harvey last year. Is there a memory of one particular performance from the run that stands out to you?

Opening night. It was intensely disappointing. We had had a month of fantastic shows, with fantastic audiences. And every show after opening was equally fantastic. But the opening night was dead, dead, dead. It was rough.

You’re currently playing Chris Wyatt in The Unavoidable Disappearance of Tom Durnin Off-Broadway, which just began previews a few days ago! Would you mind describing Chris Wyatt and his role in the story?

Chris is Tom’s son-in-law. Tom was recently released from prison, and is hoping Chris might help get him back into a job at his old firm.

Both of the NYC plays you’ve been in have been with The Roundabout Theater Company. What do you enjoy about working with them?

I love Roundabout. They are really focused on education, which includes making sure new works have a shot at getting on stage. They have been really good to me. Their willingness to let me get on stage after eight years has renewed my desire to be a theater actor. They’re the best.

Well, on stage, it’s immediate. The audience in that room on that night is sharing a singular performance with you. Unfortunately, it means that if you screw up, you don’t have a chance to fix it. Which is one of the benefits of screen acting.

What do you currently watch on TV?

Breaking Bad, mostly. Everything else is secondary.